It all started for me just over 4 years ago.  A bunch of my friends who all played/helped develop Starfire had been talking up the game on our mailing list and I and a good friend who currently is the director for The Fancy Hats started up. 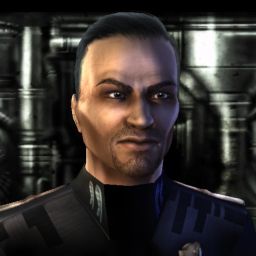 I kinda miss the old portraits

Within a week we were both in Radikus Industries a corp of people who all knew each other out of game.  We were shameless carebears.  I think I canmined in caldari space for hours and hours and hours, in bantams, ospreys, who knew what else.  In about a month I was almost flying a Drake.  I lost that, tried a ferox, lost that, went back to smaller stuff for a while and built myself back up.

We were happy, having fun, running L4s with Marvin Martian pulling missions in his huge, awesome Raven.  We were in awe of how contemptuously he would shrug off the hordes of ships shooting him while we hid in his shadow.  Other people got into battleships, I lost a Rokh getting into it a few short months after starting playing, because I simply didn’t have the patience to wait.  Still we had fun, we were having setbacks, but nothing we couldn’t deal with.  We knew we were all smart people and we could figure this game out.  Which you needed to do in 2007.  There was no ISK guide, the forums were and still are crap, evemon and EFT were out but relied on you to know what to do with yourself to fit a ship, the knowledge simply wasn’t as accessible as it is now.

Radikus grew, very fast and corp chat and our pub channels were constantly filled with chatter.  Our biggest setbacks were the EvE Patches.  Thinking back on them I really wouldn’t trade the problems we have now for the ones we had then with CCP.  At least now they don’t try to kill your computer.

But they also communicated better with the playerbase.

See that’s the kind of proactive problem solving they need now.  They put off the image of a company run by Cave Johnson, not some soulless CEO sucking all the money and fun out of the game that they can.  That’s a different story for a different time, but we were having fun, and Trinity had just come out!  The old graphics were great, the new graphics were beautiful.  You would just go into space and look at your ship, the effects were great, even the old turrets were great.  For what it was in 2007 it was simply gorgeous, and as the year closed we were a happy carebear corp with lots of miners in hulks and missioners in battleships.  We even had some friends in a small lowsec pocket who didn’t mind us playing around in their space.

What about Major Kong?

Posted on September 26, 2011, in ASHOC, Lessons Learned, Meta, Things You Should Know About. Bookmark the permalink. 3 Comments.