So one of my pet peeves in table top games is this race to play the largest point value possible.  In Warmahordes it’s 50 points or bust.  In Warhammer it’s 2000+ or it’s pointless.  In 40K it’s 1850 or more or you are wasting peoples’ time.  These games are played on a fairly small surface.  40k is played on a 6’x4′ table, and the table is almost always COVERED in terrain.  Fantasy tends to be on a larger table but even then there’s so much terrain, and so much of it impassable, that you cannot run a big army on the table without being completely crowded in.  This isn’t that much of a problem to me.  What is a problem is that the gamers invariably complain about the impossibility of moving their army.

So, how do you get more space?  Play a small damn army you whiny bastards!  No seriously, you sound like Captain Renault closing down Rick’s in Casablanca 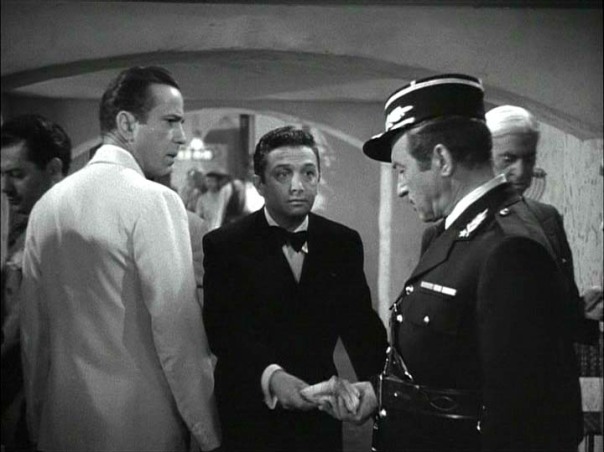 I’m shocked… SHOCKED to find gambling in this establishment! Your winnings sir. Oh… Thank you.

The answer to the problem of moving massive armies through extremely tight terrain is:  DON’T.  Don’t race to the massive point values.  Play them once in a while or two.  Play them as part of a campaign.  Make it an Event with the capital letter.  I’m not saying don’t revel in the pageantry, I’m just saying that there’s a reward for smaller games.

You could play 3 1000 point battles in the time it takes to make it through a single 2000 point battle.  You can fine tune your tactics with single units, and see how they perform in certain situations, and you have an excuse to be terrible, because luck is a MUCH larger factor in a 1000 point game.  A single turn of good shooting or combat is much more likely to cause the game to turn.  A single bad move can save or wreck your battle.  But it’s a lot of fun!  You have to go without a unit that is normally part of your fine-tuned 2000 point threshing machine.