Blog Banter 43: Your Winning Numbers Are… 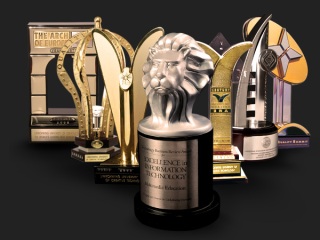 …Applaud Your Peers, Embarrass Your Enemies…

At the turn of the year in meatspace, award season starts to spin up. Across the general media, folk are encouraged to look to their peers and recognise excellence and inspiration from the previous year.

For the past two years I have attempted to do the same for EVE by distributing imaginary Free Boot Awards to an eclectic assortment of community luminaries. This year I thought it might be nice to expand the concept.

For Blog Banter 43 I would like to invite every participant to nominate their peers for whatever awards you think they deserve. Let’s start the year with some EVE-flavoured altruism and celebrate the best and the worst of us, the funniest or the most bizarre, the most heroic of the most tragic of the past year. They could be corpmates, adversaries, bloggers, podcasters, developers, journalists or inanimate objects. Go nuts.

There’s only one rule: no narcissism allowed (so step away from that mirror and resist the urge to nominate yourself).

Other than that, if it’s great, let’s celebrate.

I get to JUDGE people??? IT’S LIKE CHRISTMAS ALL OVER AGAIN!  HOO-RAY!  In all seriousness I love this idea.  I think that it gives us a chance to bring new people to the conversation, and to recognize those who have truly contributed to the community.  On to the awards:
The “Stop What you are Doing There’s A POST UP!” award goes to Fiddler’s Edge.  Mord does an amazing job cutting the choicest meats in the most interesting ways.  When he’s not on a bizarre month-long rant on Mitten’s “Chin Pussy” but let’s not go into that today.
The “I May Not Always Agree With You But I’ll Damn Sure Read it” Award goes to Mabrick’s Mumblings.  This guy does nothing bot produce well thought out commentary that often contrasts my own heavy-handed “Kvit yer Kvetching an Kvill shit” posts in intriguing ways.
The “CCP is Tuning in to YOU!” Award goes to The Nosy Gamer for his outstanding achievements shining the million candle-power spotlight of doom on some of the biggest asshats of EvE.
I could go down the list of great posters or even do a hall of shame, and part of me REALLY wants to do a hall of shame, but I’ll be nice.  EvE has had a fabulous year and while the blogging community has taken some hits, it has also seen some real stars emerge and I hope to see more of the same next year.

I’m using it every time I can